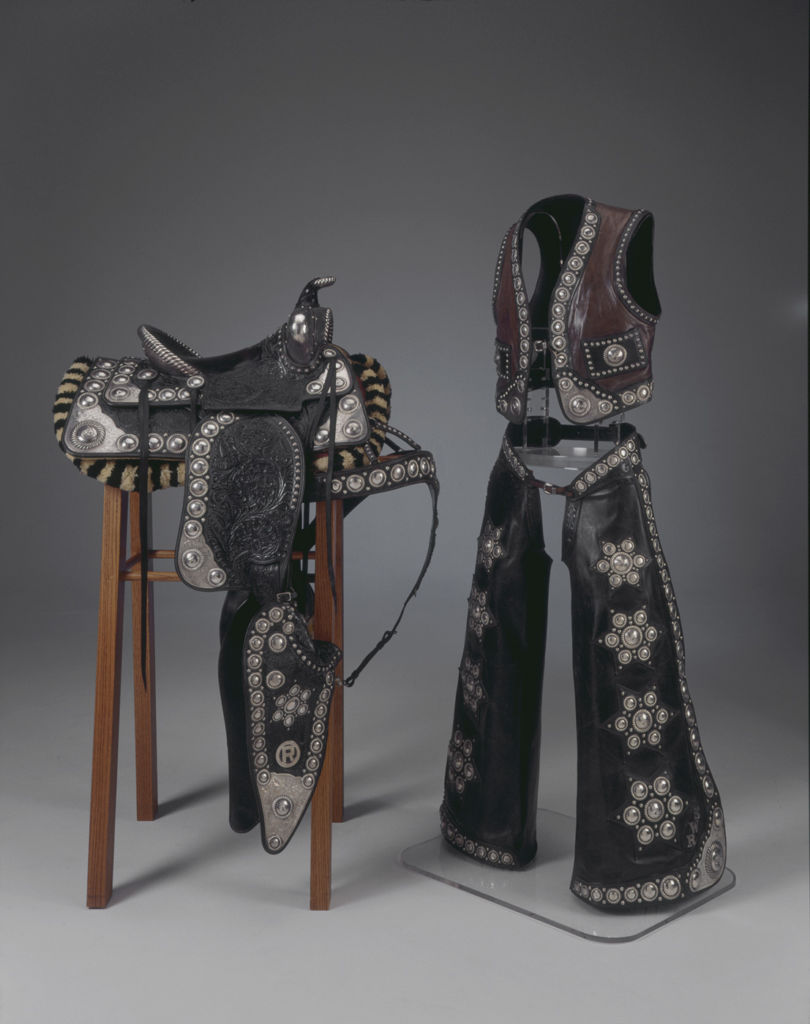 This black leather and sterling silver saddle was a gift to Sid Richardson from Amon G. Carter (1879-1955) at the time of the 1947 Fort Worth Stock Show. As close friends and fellow art collectors, Amon and Sid Richardson sometimes vied for the ownership of a Remington or Russell painting. Carter, also an oilman, had a long and successful career in the newspaper business, radio and TV stations.

The saddle was the work of Edward H. Bohlin (1895-1980), saddle maker and silversmith of Hollywood, California. Born in Sweden in 1895, Bohlin grew up intrigued with the American West. He came to the United States as a young man, seeking out Buffalo Bill Cody whom he had seen perform in Sweden. Cody offered him work repairing the harness and tack used in his Wild West shows. During his spare time, Bohlin perfected his leather working skills by repairing and making saddles for fellow cowboys. Bohlin opened his first store in 1917, in Cody, Wyoming. Later, he moved to Hollywood, where he produced saddles, bridles, chaps, holsters, and assorted western gear for every major movie studio. His perfectionism earned him a world-wide reputation as a premier leather craftsman and silversmith. During the golden years of Hollywood westerns, Bohlin provided the saddles and equipment for an impressive list of Hollywood stars.