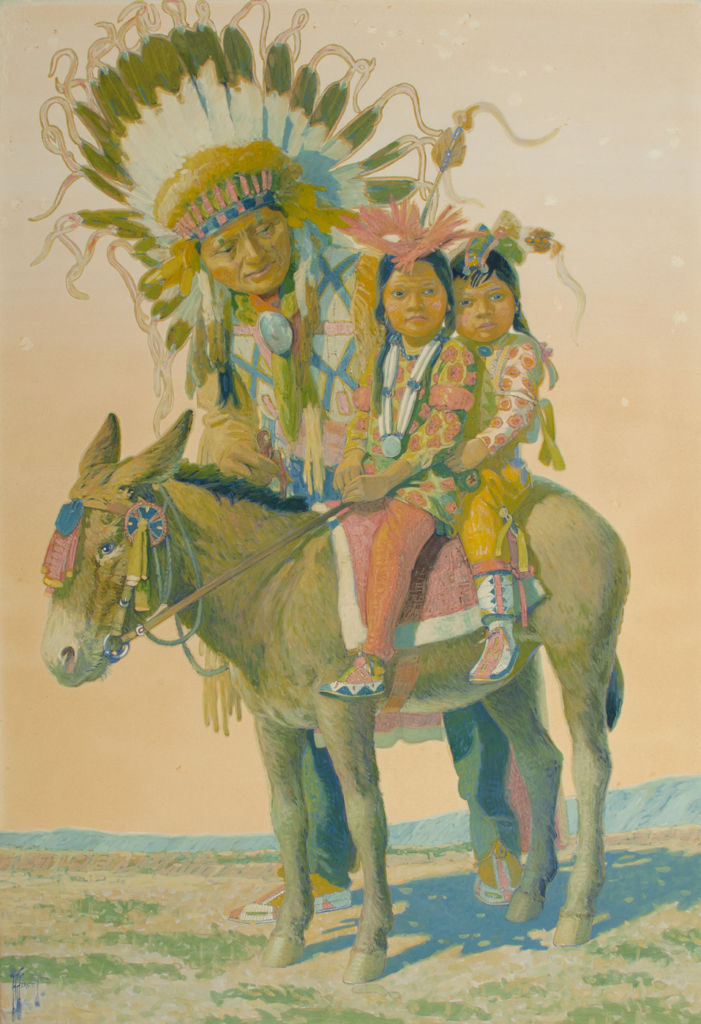 In this study, artist Herbert Herget depicts a warm, domestic scene of what might be an Ogalalla Sioux family. An indigenous people often depicted as warriors, with notable leaders such as Red Cloud and Crazy Horse, Herget depicts a grandfatherly figure, bending lovingly over two young children who are mounted on a donkey. Herget chose watercolor as his principal medium because it allowed him great precision. Produced with great care, his jewel-like renderings carefully re-created the bead work on the moccasins, regalia and the feather headdress which were characteristic of the Sioux. Not unlike artist George Catlin—whose birthdate preceded Herget’s by nearly 100 years—Herget attempted to create a record of a people whose way of life was changing. But unlike Catlin’s West, Herget’s West may in part have been fashioned from the museum experience, based upon cultural objects he had imagined back into life.