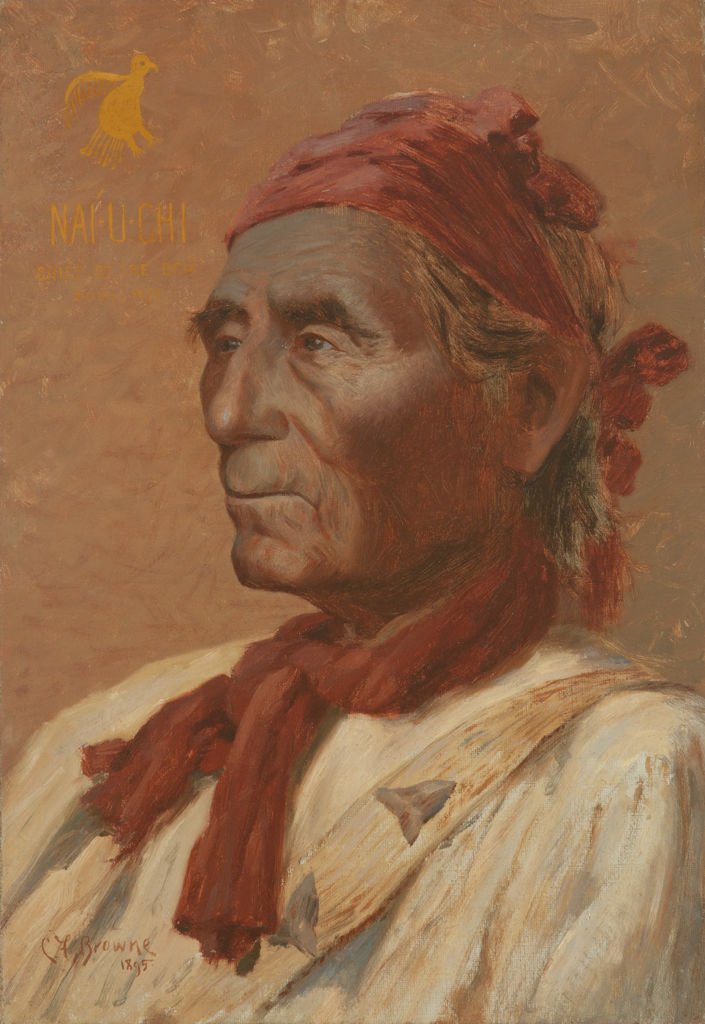 Charles Francis Browne was attracted “by the strangeness, picturesqueness, and real interest” of the indigenous American cultures he encountered in his travels to the Southwest in 1895. He described Zuni as “the largest native city under our flag and…now practically what it was when the first white man saw it over three centuries ago.” Among the paintings he executed that year was this creditable likeness of the Zuni notable Nai-U-Chi, elder brother in the most prestigious and secretive of the Zuni esoteric orders, the priesthood of the Bow.