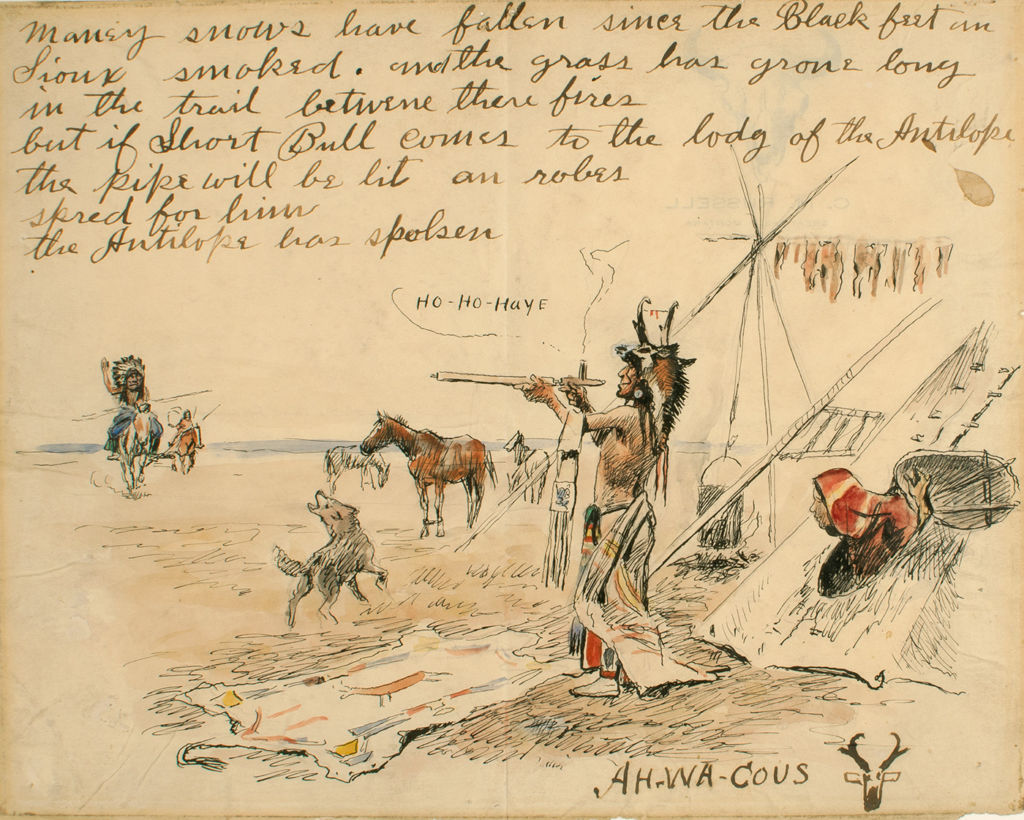 In his letters to his many friends, Charles Russell reserved for a special few the compliment that they were pure “Injun” beneath the skin. He frequently wrote as one American Indian to another signing off with his Blood name Ah-Wa-Cous the Antelope. When he invited an Easterner to visit he might portray himself as a plains Indian and his correspondent as a woodlands Indian while a Southwesterner would appear as a Navajo. In Maney Snows… Russell has shown himself and his wife Nancy as Blackfeet extending the welcoming pipe to two Sioux visitors. Short Bull the recipient of this letter could have been Jim Gabriel who as a performer with Buffalo Bill’s Wild West when Russell saw him in 1907 was “fighting Sioux every day.”