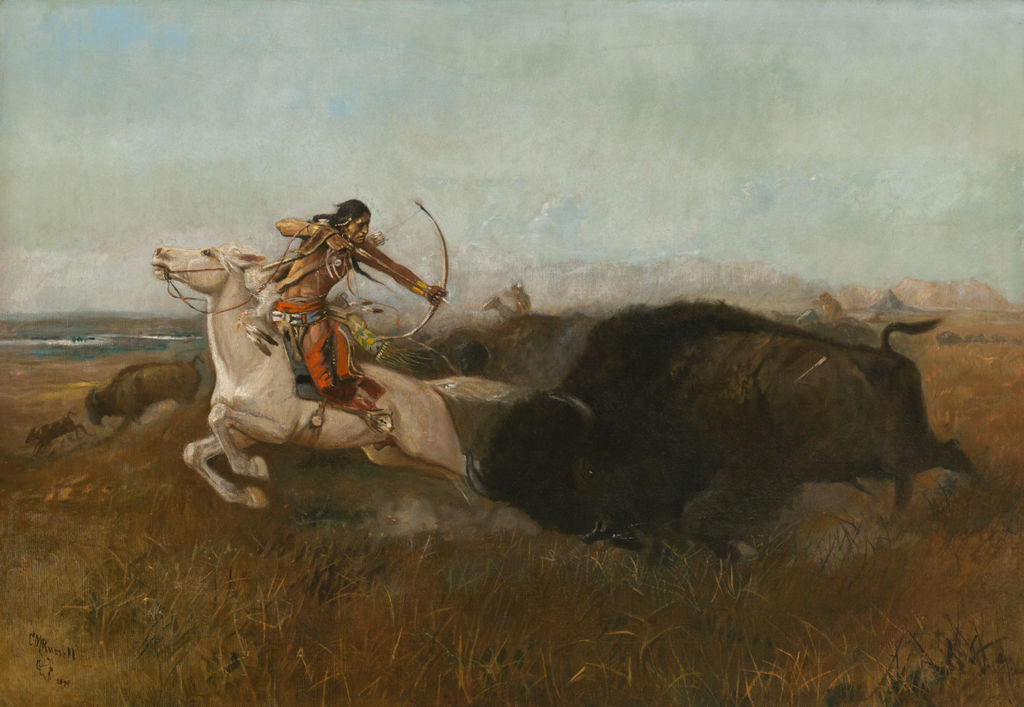 Indians Hunting Buffalo is more a flight of fancy than the kind of realistic observation expected of Charles Russell. The hunter is intent on making a kill. The buffalo, huge as a locomotive, is the incarnation of awesome, mindless power as it lowers its head for the last convulsive charge. Carefully modeled and convincing in appearance, the hunter wears a wrist guard and uses a pad saddle with stirrups for a finer seat. He guides his buffalo horse with his knees, allowing the long bridle rope to trail behind. The conventionalized white steed is considered by some to be the best ever off the Russell brush.