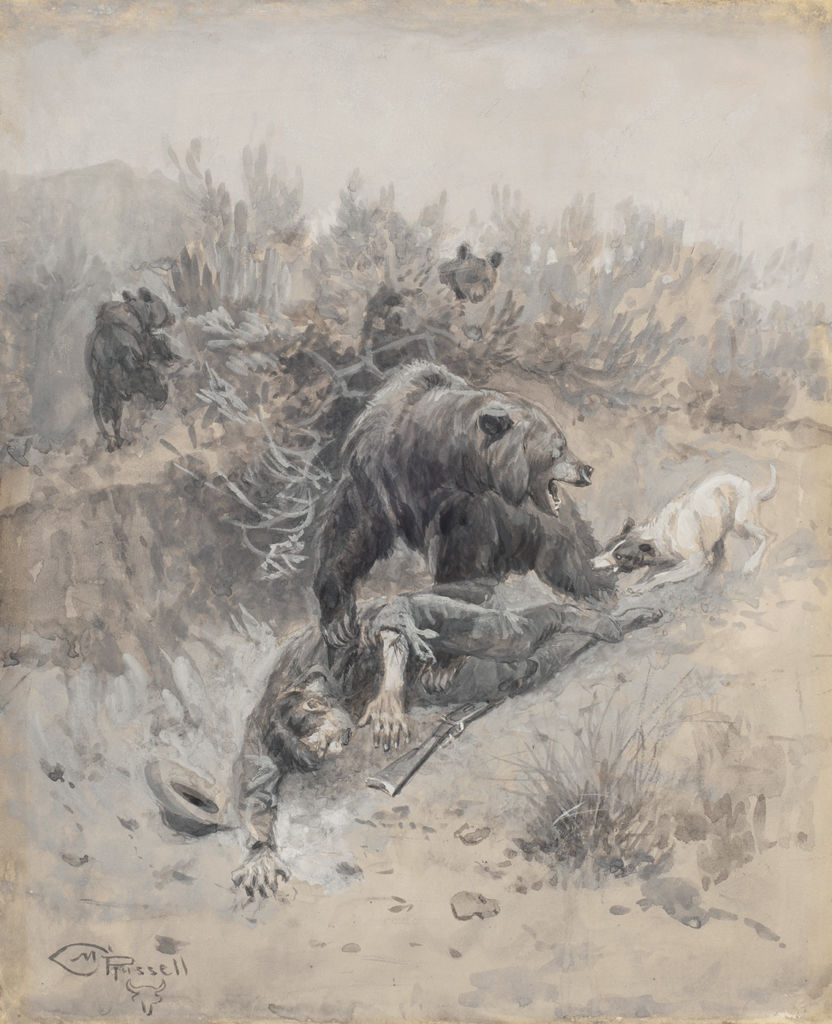 In 1910 Russell accepted a large commission illustrating Mrs. Carie Adell Strahorn’s book Fifteen Thousand Miles by Stage: A Woman’s Unique Experience during Thirty Years of Path Finding and Pioneering from the Missouri to the Pacific and from Alaska to Mexico. Mrs. Strahorn’s stage coaching days with her husband qualified her as a bona fide pioneer and endowed her with an imperious manner. This painting illustrated a story Mrs. Strahorn told at second hand about a man from Challis, Idaho, who set out one afternoon for a few hours of hunting with his dog and inadvertently stumbled into a bear’s den. He was badly mauled by the protective mother before his faithful dog distracted her long enough to allow him to crawl away. At last the bear ambled off to rejoin her cubs, and the dog, in the best tradition of Lassie, ran to town and brought back help.