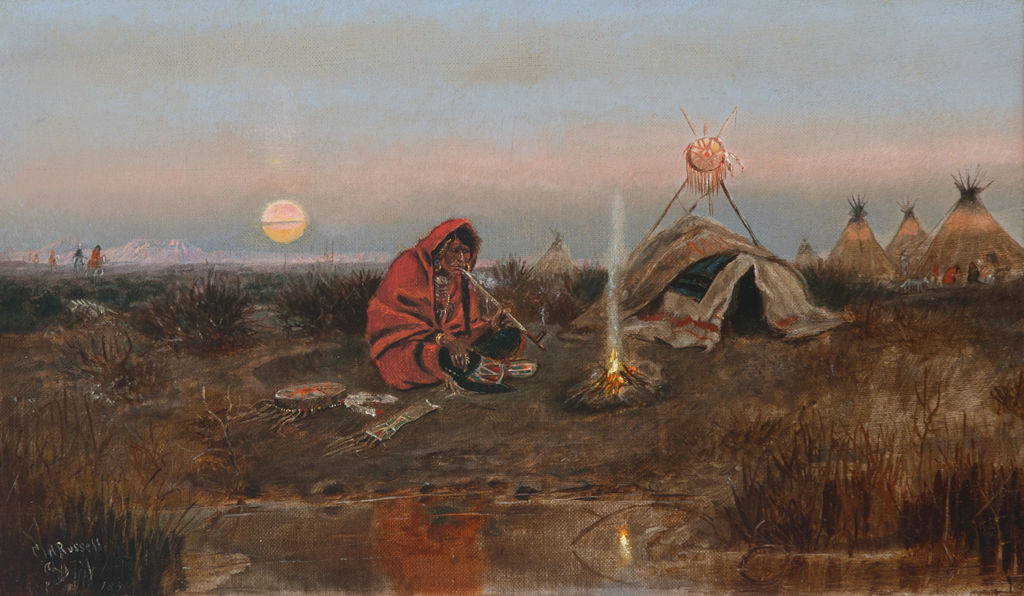 Day’s end. A quiet time, a time for reflection over an evening pipe. In some Native American cultures smoking was a part of religious practice as well as of ordinary social interaction. Smoking the pipe could be an invocation to the gods, a test of integrity, or a sign of friendship.

The pensive Cree in Grubpile (a title deriving from the supper call on the roundup) appears oblivious to the activity behind him as a party of hunters wend their way home. The camp seems still. The pale moon, the pink glow on the distant bluffs, and the blanket-wrapped figure seated beside his temporary shelter, tobacco pouch and drum at hand, his small fire casting a reflection on the water, all convey a hushed, twilight mood. Russell was known as a painter of action, but in many of his paintings of Indigenous peoples he revealed a contemplative side.