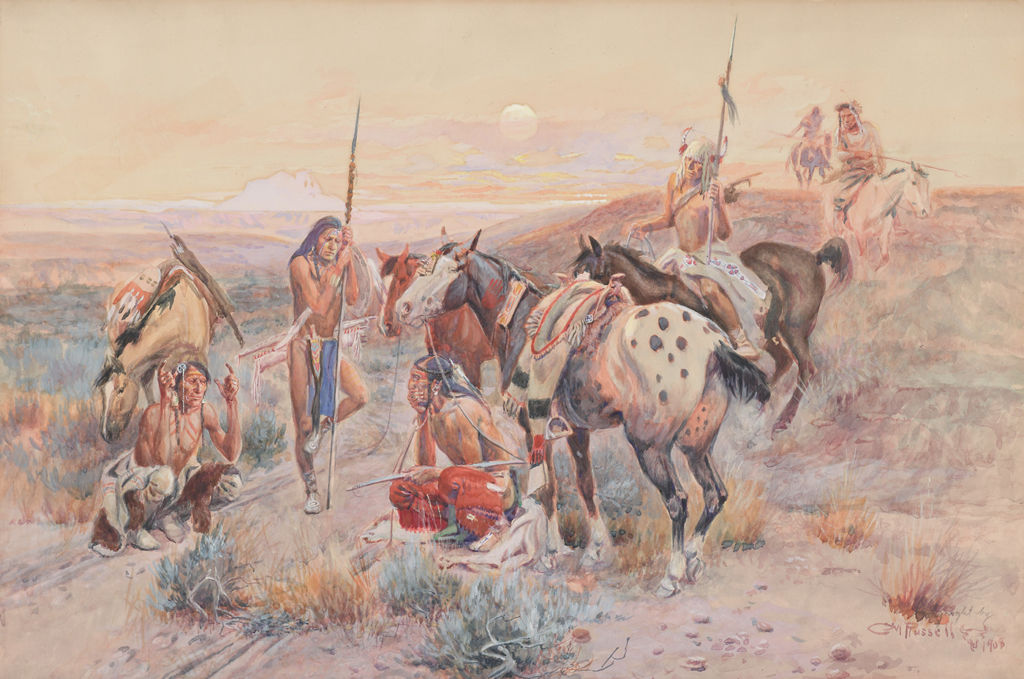 First Wagon Trail would have been set in the 1840s, when wagon trains heading for Oregon first cut paths across the plains. The American Indian men show little evidence of contact with Anglos and are puzzling over what manner of beast has left the tracks in the dust. The squatting warrior on the left gives the sign for Buffalo, but the remaining American Indians are each absorbed in their own thoughts of what could have left the trail. In First Wagon Trail, Russell views things from the American Indian perspective, where, for once, the white man’s ways appear peculiar.