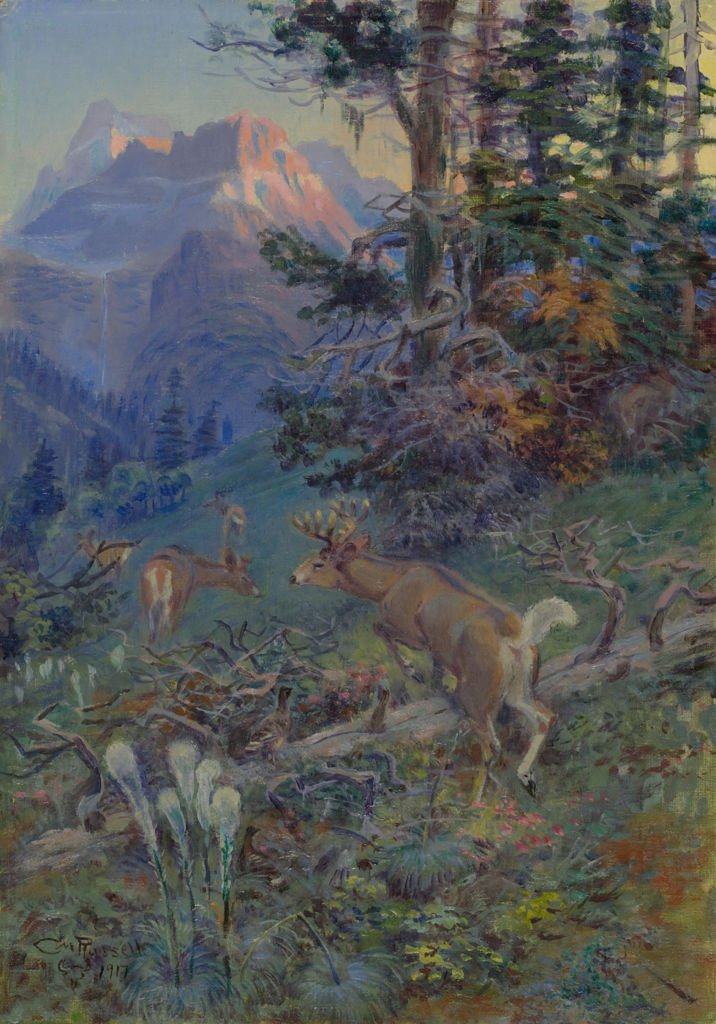 In many of his wildlife paintings Russell used an unfamiliar palette to convey a woodsy atmosphere—dimmer light, deeper shadow, mossy greens. Though nature always held secrets to delight the observant, here the white tailed deer frolic in the open unafraid. The partridge watching the deer leap the fallen log is clearly visible, but the rabbit hunkered down in the undergrowth below is an unexpected bonus. Russell spent his summers delighting in the wildlife that abounded in the woods around Lake McDonald, where he had built a cabin, Bull Head Lodge, in 1905. The area became part of Glacier National Park in 1910.