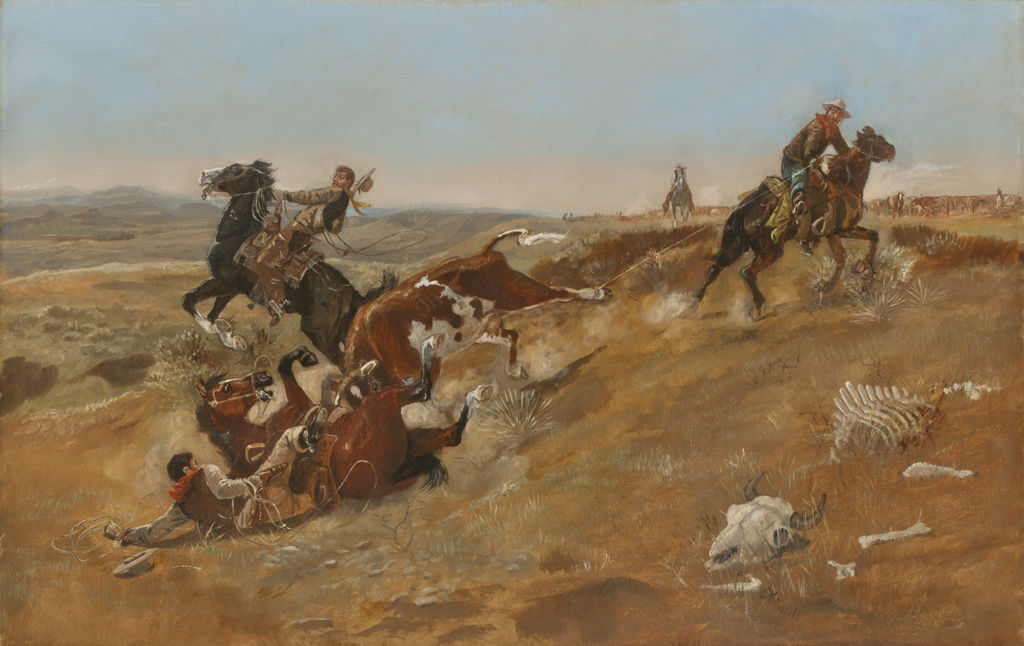 Everyone agrees that Russell was no great shakes as a cowpuncher himself, but he admired the work of the top hands he associated with and watched them as they matter-of-factly went about their business and demonstrated their skills. Bronc busting was an individual activity and Russell’s paintings often isolated the cowboy and horse in an elemental contest, man against animal, that was a test of nerve, stamina and will. Roping scenes, in contrast, were usually more complicated, story-telling pictures with several figures involved in the action unfolding before the viewer. In Cowpunching Sometimes Spells Trouble the roper on the right has heeled the cow but has been unable to prevent its charging the other riders. One horse has bolted out of the way; the other, less fortunate, has been sent to the ground, pinning its rider and likely breaking his leg. Amid the tangle of his rope he desperately claws for his revolver. The action is convincingly rendered and anticipates many of Russell’s major roping pictures.