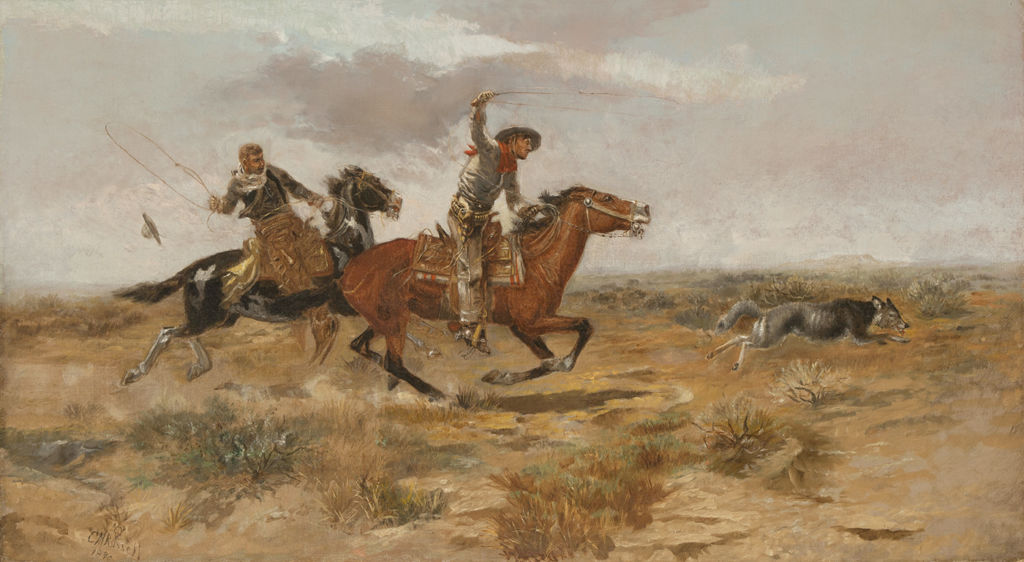 From this early work, to the end of his career, one can see the evolution of Russell’s views on the activity once known as “wolfing.” In the late nineteenth century, due to attacks on livestock, a campaign against the great gray wolf was made and over time the occupation of hunting, trapping, and poisoning these wolves became known as “wolfing.” Young cowboys like Russell would partake in these activities during the off season, as many states provided a bounty for the capture and killing of gray wolves. Russell later lamented his participation in poisoning wolves one season early in his cowboy career, an activity he said he regretted the rest of his life. Later in his career, Russell’s devotion to nature and animal subjects is apparent in the fact that around 25% of his subject matter featured wildlife. Russell even adopted the moniker, the Harmless Hunter.