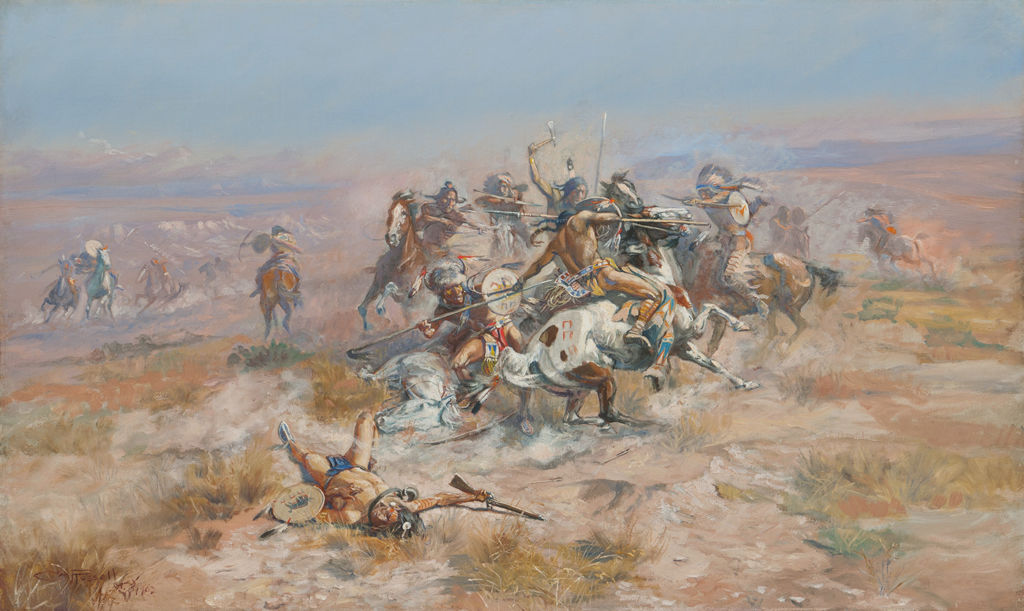 In intertribal warfare, Coup was a system of graduated points wherein the first man to touch an enemy was awarded a first coup or “direct hit.” Credit was given for touching not killing an adversary except in hand-to-hand-combat. It was the daring required of close contact for which the honor was given. To count coup one might use his hand, bow, lance, or perhaps rattles or whips. Counting Coup showed a battle between the Bloods (a branch of the Blackfeet) and the Sioux and was based on a story of valor told to Russell by an old blood warrior Medicine Whip in Alberta in 1888.