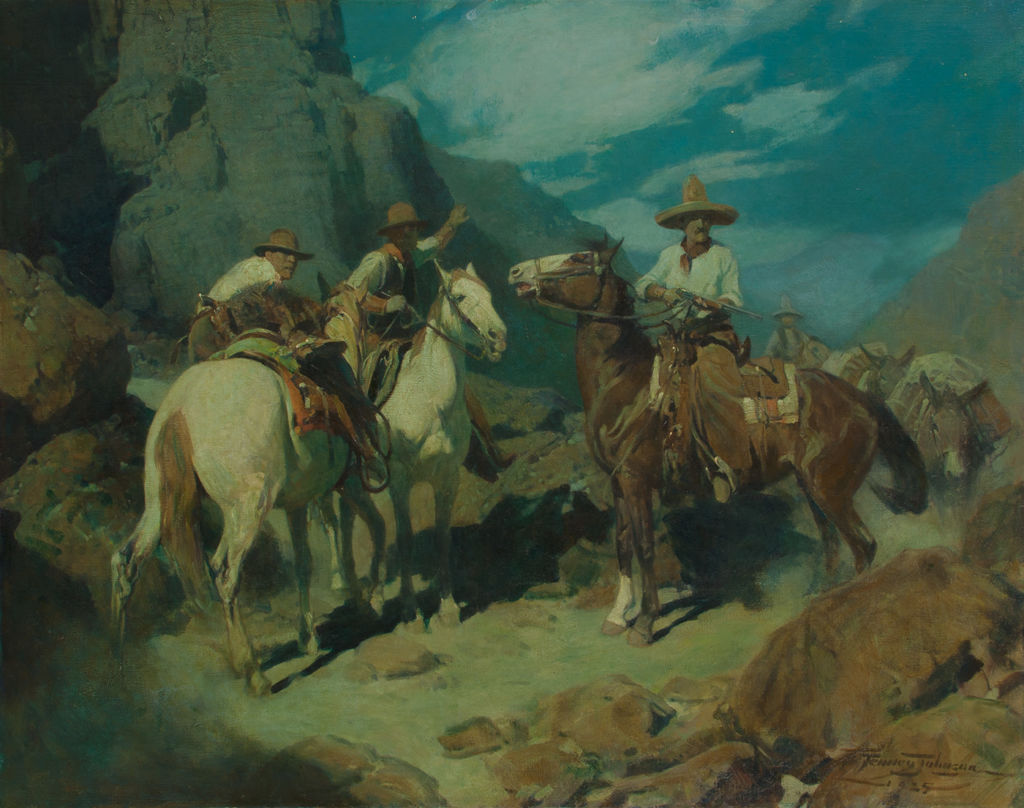 Contrabandista a la Frontera and Trouble on the Pony Express are unusual in portraying gunfire but representative in showing Frank Tenney Johnson’s two favorite color schemes. They suggest why his reputation as a pure painter—that is, to adopt the terminology of the times, as an artist rather than an illustrator—was sufficiently elevated to secure his election as an associate in the National Academy of Design in 1929 and as a full member eight years later.