Caught in the Circle 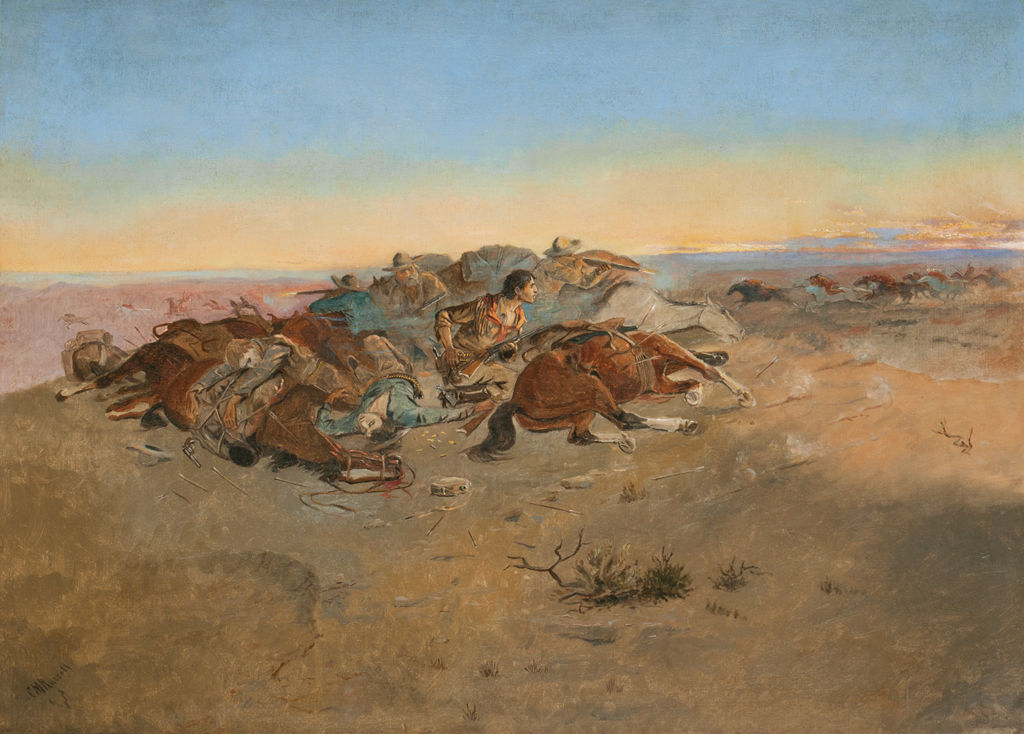 Caught in the Circle

Caught in the Circle is one of the earliest Russell surrounds, and resembles an illustration in Buffalo Bill Cody’s 1879 autobiography. Less elaborate than those Russell painted near the end of the 1890s, its simplicity, the off-center arrangement of the cluster of men and the fact that they are keeping their heads down and performing no suicidal heroics behind the barricade of dead horses add up to an effective storytelling picture full of the tension of the moment and the unanswered question: is this group of frontiersmen fated to stand off the foes and survive or will they all die on the open plains, nameless martyrs to the cause of westering? The question itself seems ethnocentric and perhaps explains Russell’s later preference for showing American Indian-white encounters from the American Indian perspective.