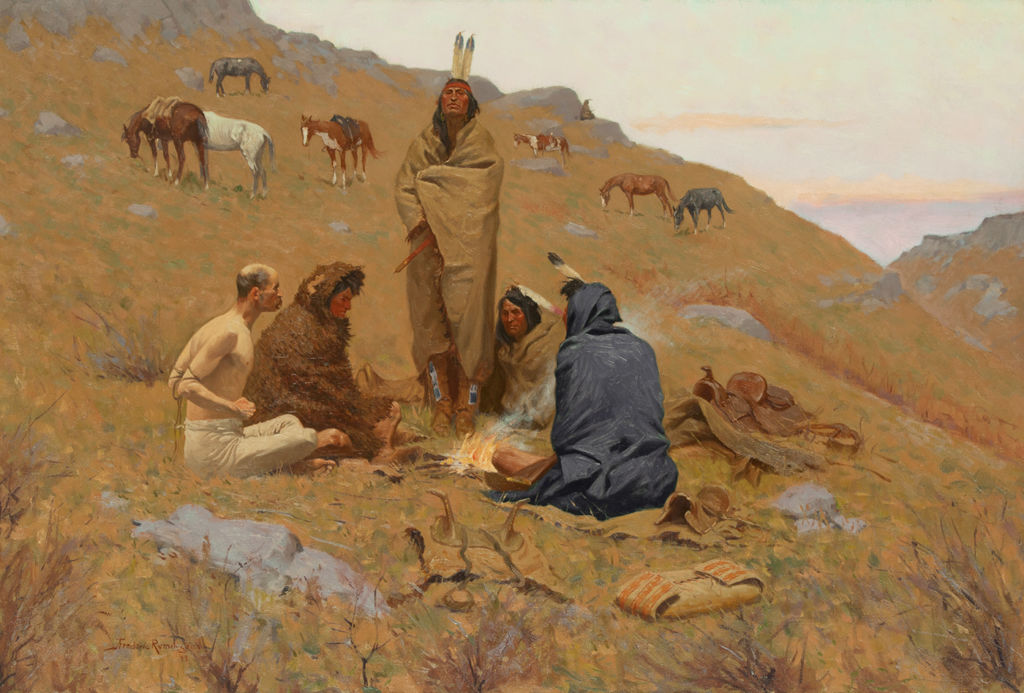 The prisoner in Captured exhibits the stoic, soldierly qualities that Remington most admired—chin up, head held high, unafraid. Stripped to his underwear and seated away from the fire on a cold blustery day, he knows exactly what to expect from his captors, who appear cold and unfeeling. The lookout on the ledge behind and the still-saddled horses grazing on the slope indicate a close pursuit. If so, the deliberation around the fire will be short-lived and the outlook for the captive does not look promising. Comparable captive narrative paintings by artists of the era expressed a late-nineteenth century perception of the Western tribes that attempted to justify their defeat and displacement.