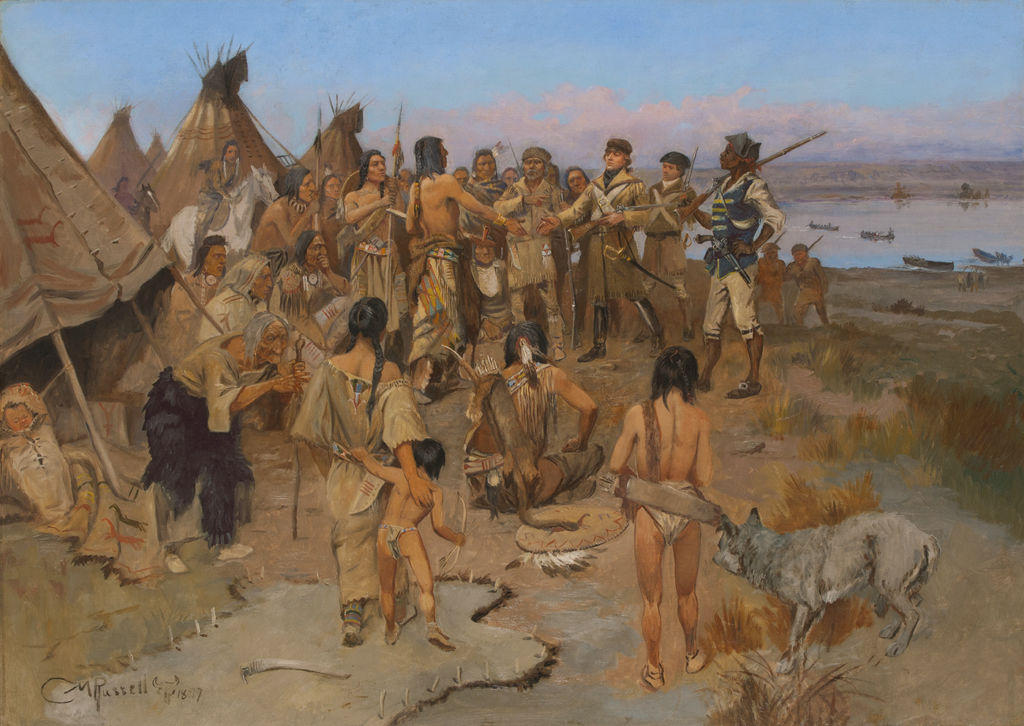 The Lewis and Clark Expedition (1804-1806) stirred Russell’s imagination like no other event in Montana’s past and he returned to the subject many times both in color and black and white. Though this painting was originally called Lewis and Clark Meeting the Mandan Indians, the specific event Russell meant to depict remains unclear. Here, Clark steps forward with aloof dignity to shake hands with the leader while Charbonneau, husband of Sacajawea, interprets and Clark’s African-American slave, York, looks on. York played a significant role in one of the most notable explorations in history. As was traditional at the time, the figures appear stiffly conventionalized and the colors kind of stout to use Russell’s own words, running to browns and greys. Nonetheless, this impressive, large-scale painting was a touchstone work in defining Russell’s local reputation in the year he took up permanent residence in Great Falls.