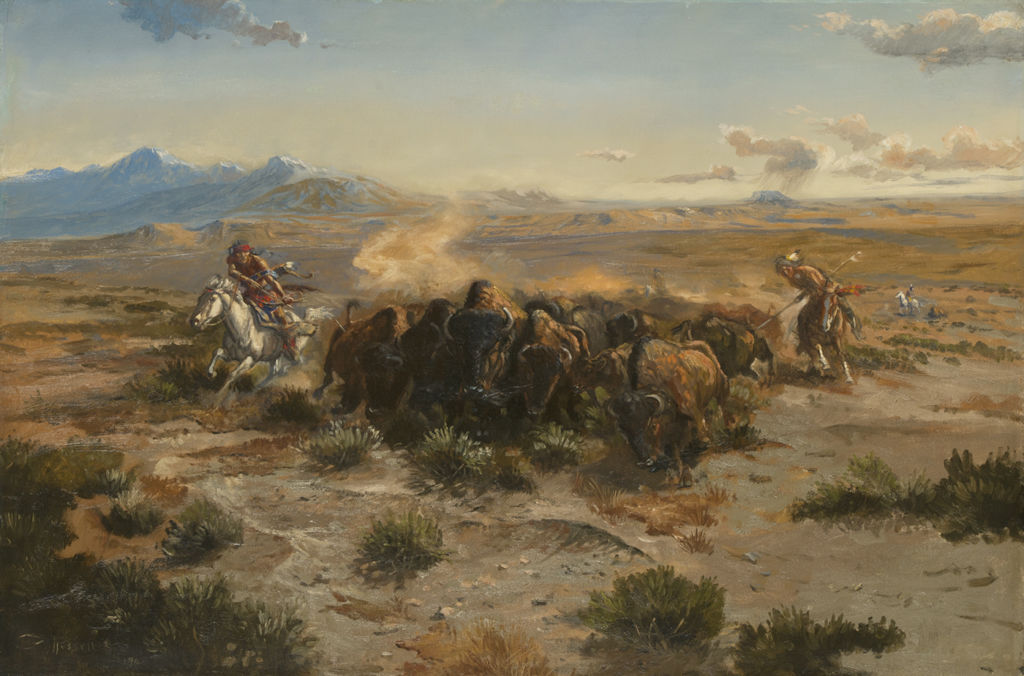 The composition of Buffalo Hunt is distinctive among Russell’s many related works. Here the surging herd has been bunched so tightly by the pressure of the hunters on the flanks and at the rear that it forms a triangular mass moving directly at the viewer like an arrow in flight. Buffalo Hunt and Returning to Camp are a matched set, both purchased from the artist by his friend Maurice S. Weiss, a saloonkeeper who worked the legendary Mint in Great Falls, Montana. Weiss in turn sold them to Richardson in 1942.