Bringing Up the Trail 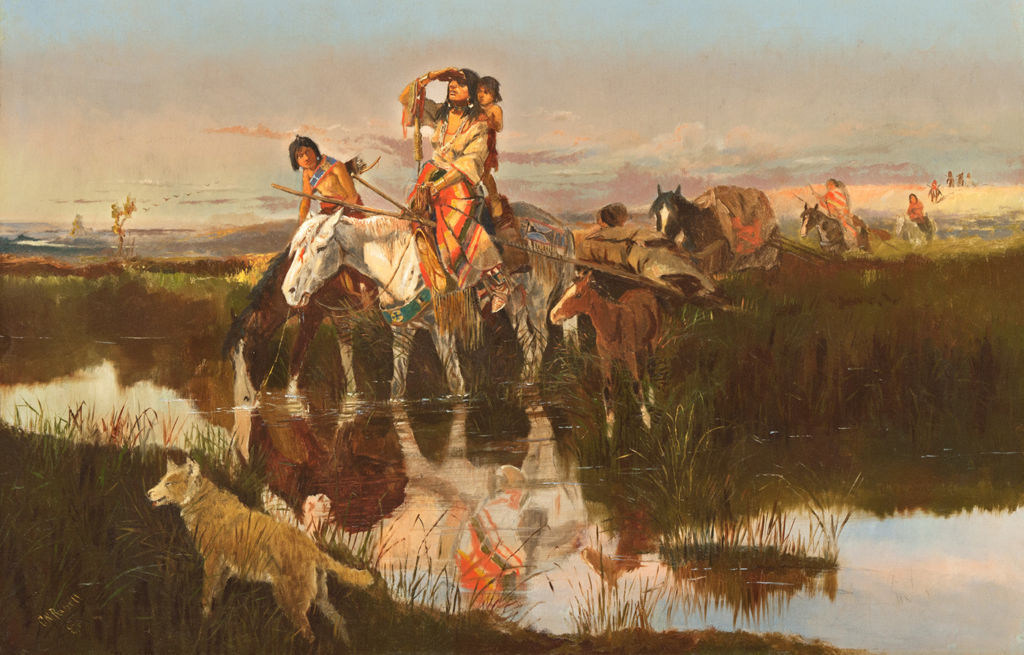 Bringing Up the Trail

Usually an indigenous American band on the move would select a campsite by late afternoon to allow the women ample time to erect the lodges in daylight. In Bringing Up the Trail, darkness is falling and the women and children bringing up the rear are anxiously scanning the horizon for sign of the men. Their concern is expressed by the woman shading her eyes against the setting sun, which casts an orange glow over the land, by the posture and look on the face of the boy watering his horse, and by the dog’s alert stance. The sense of movement carries from the woman topping the rise on the right to the dog poised in the left foreground. The strong evening light effects favored in his mature work are well-handled here.