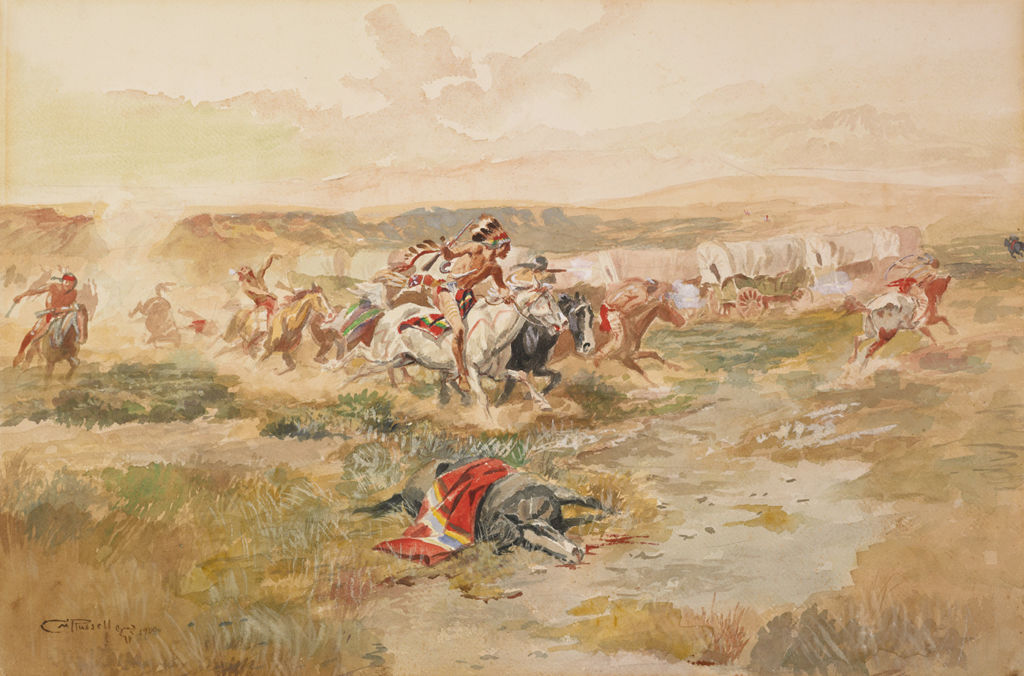 Breaking Up the Ring is so loosely sketched and painted that it appears to have been tossed off casually. But it is pleasingly colored, full of dash and verve and serves as an introduction to the composition Russell favored in his more elaborate paintings of American Indians attacking stagecoaches, wagon trains, and the like. In each of Russell’s related paintings a prominent warrior armed with a rifle serves as the centerpiece set off by two or three others clustered behind him. The action moves from left to right, the circling braves approaching and receding on the sides of the picture; often one or more on the left fall wounded, while on the right one man rises away bent low over his pony as he releases an arrow toward the embattled pioneers, whose individuality is lost in the dust and distance. One critic chided Russell for ignoring portions of his painting that he considered of too little importance. However, by downplaying distracting elements he successfully focuses the viewer’s attention on the principal figures and departs from form by introducing a fallen horse in the foreground.