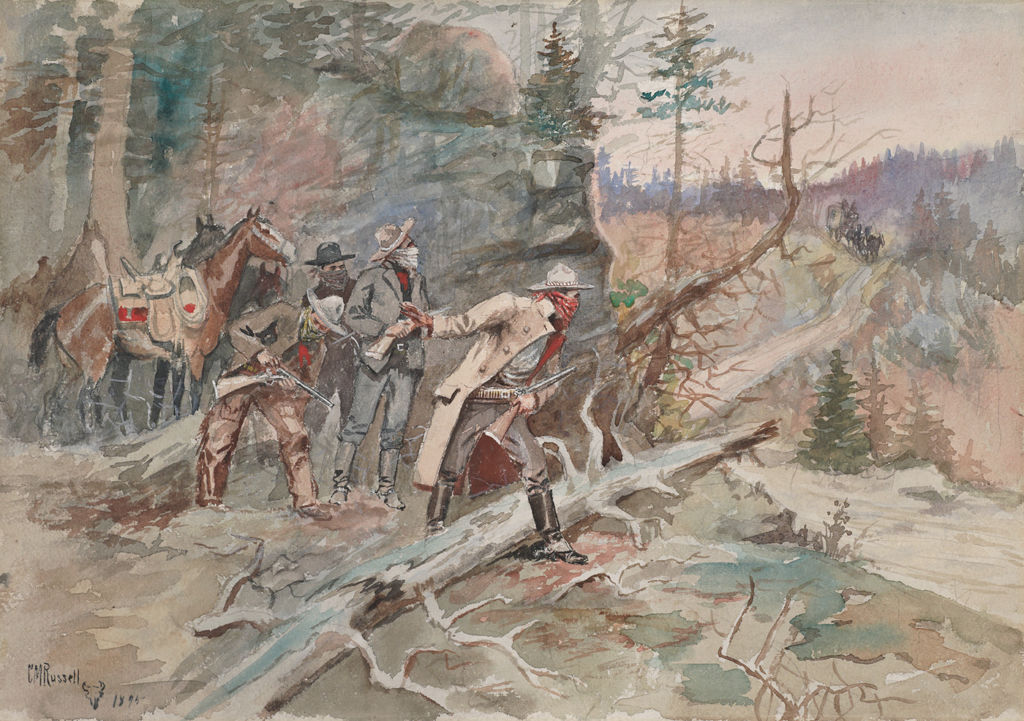 Big Nose George and the Road Agents and The Ambush, done a year later, both attest to Russell’s continuing fascination with a gang of Black Hills holdup men active in the late 1870s. “Big Nose George” Parrot was arrested in Miles City, tried in Rawlins, Wyoming, and hanged by vigilantes in 1881—only a year after Russell arrived in Montana, an impressionable youth of sixteen. Not surprisingly Big Nose George caught Russell’s attention. Despite the dark picture of road agents as cold-blooded murderers, Russell included them in a toast “to all old timers” that he addressed to Robert Vaught, Montana pioneer and good friend in 1911.

Here’s to the hold up an’ hoss thief
That loved stage roads an’ hosses too well
Who asked the stranglers [vigilantes] to hurry
Or he’d be late to breakfast in Hell.