Bears in the Path (Surprise) 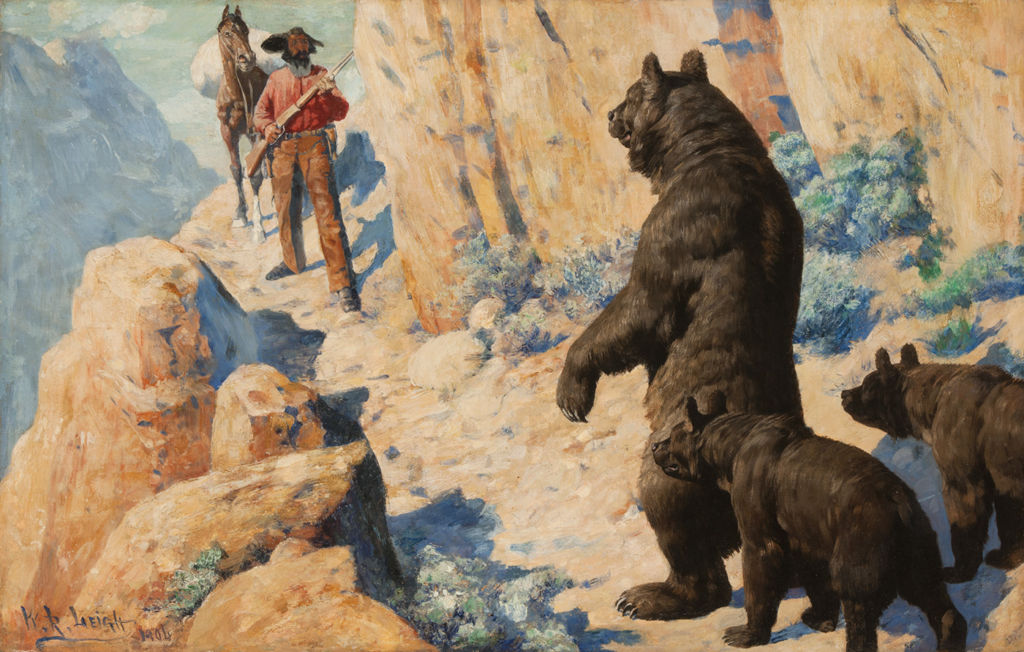 Bears in the Path (Surprise)

Bears in the Path is interesting as a Western subject done before William R. Leigh ever saw the West of his childhood dreams. It captures a moment of suspense, anticipating rather than showing the violence that might momentarily occur, and confronts the viewer face on. Bears in the Path depicts a confrontation much favored by Western painters – Russell did several – though none took more pride in his rendering of the bear than Leigh. He painted them often and was not about to leave them to the viewer’s imagination here. The surprised man stands with left leg extended, his weight planted on the right, poised for swift action, a study in suspense.