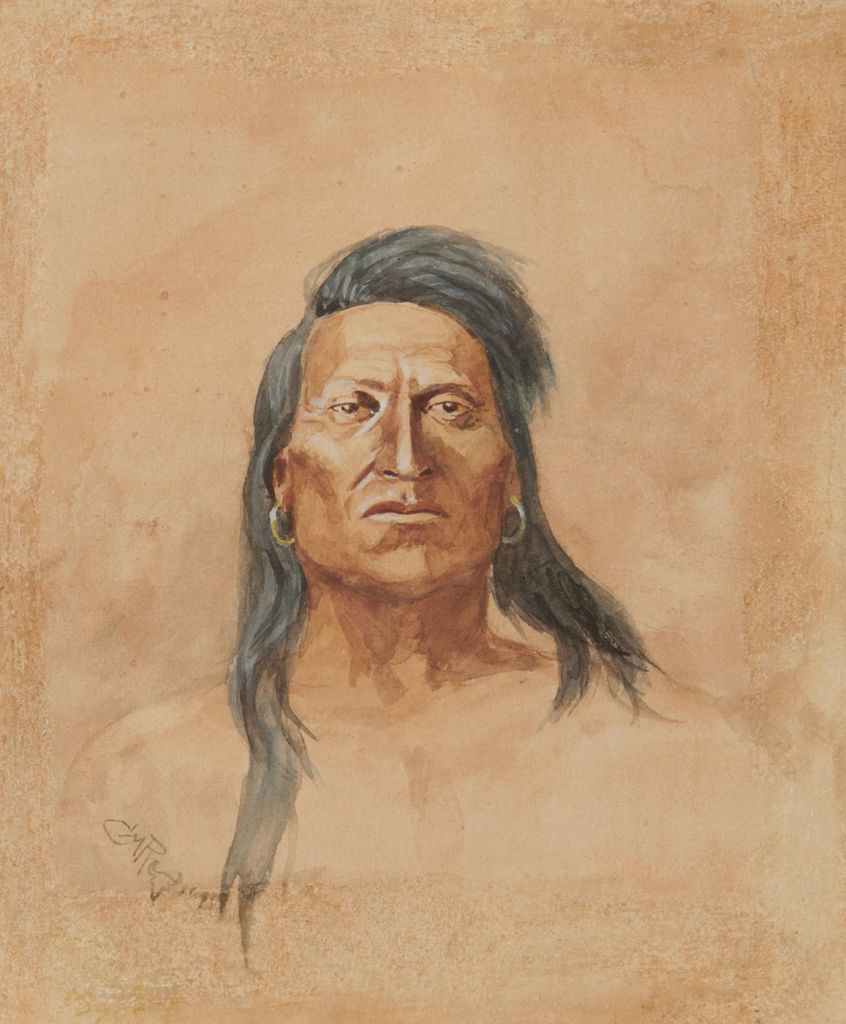 Charles Russell painted many individual American Indians, including a few portraits of celebrated leaders he had never met – Chief Joseph and Sitting Bull, for example. Most were of American Indians of his own acquaintance. Russell often went on sketching trips to the Montana reservations and attended rodeos and stampedes where Indian delegations were part of the show. This watercolor portrait may have been intended for use as an illustration. Its subject also may be a composite portrait rather than an individual likeness. The face bears a resemblance to Sleeping Thunder, but the features are distinct enough to suggest that Russell had someone else in mind. Nancy Russell identified Bear Claw as a Piegan or Blackfoot. It is a straight-on, unembellished portrait, powerful in its simplicity.