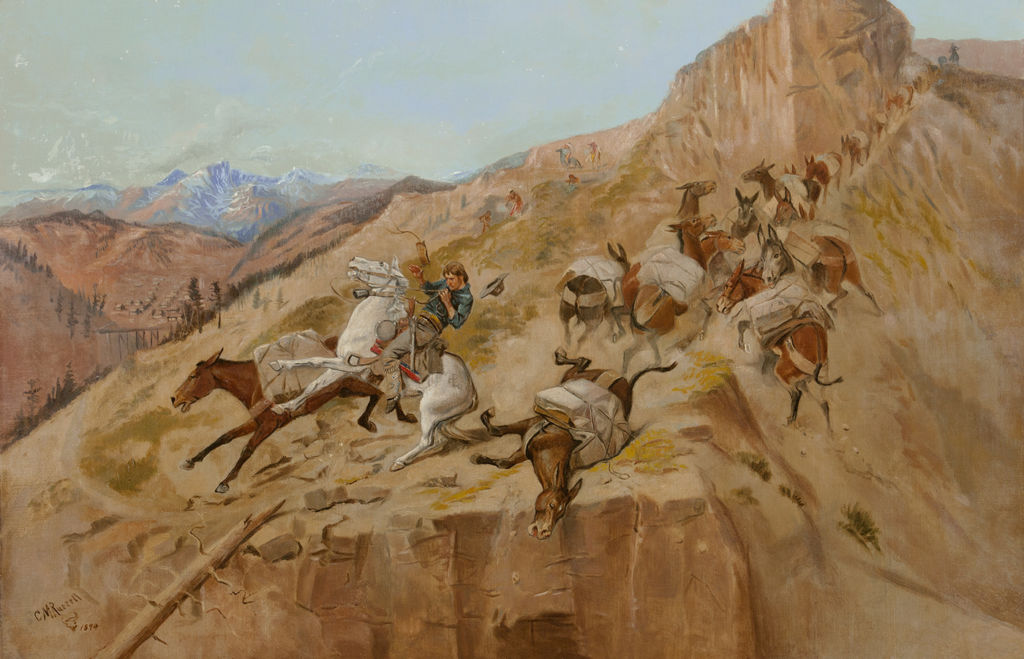 Mules were not Russell’s favorite animals judging from their infrequent appearance in his work. But in his younger days, Russell turned to mule trains for dramatic subject matter that elicited approving comment. Attack on the Mule Train shows prospectors at the end of a long day heading their train of pack mules toward a mining town in the valley. American Indians have opened fire with telling effect upon the pack train. The mule skinner riding the bell mare has been taken completely by surprise and is about to fall from his horse. While the wounded man’s horse rears in panic, the mules respond variously to the gunfire. One plunges forward, another is down apparently about to topple over the precipice while the rest in the line of fire mill about frantically. In sharp contrast is the calm procession still winding its way down the narrow trail and out of sight of the attacking American Indians. The mule skinner trailing the pack train is just beginning to respond to the sound of firing ahead, while the mining camp nestled peacefully in the valley is unaware of the drama being enacted on the heights above. The painting tells a compelling story in which Russell displays dexterity and daring in handling complicated perspectives. The distant mountain range is well painted, and the foreground action is convincing.