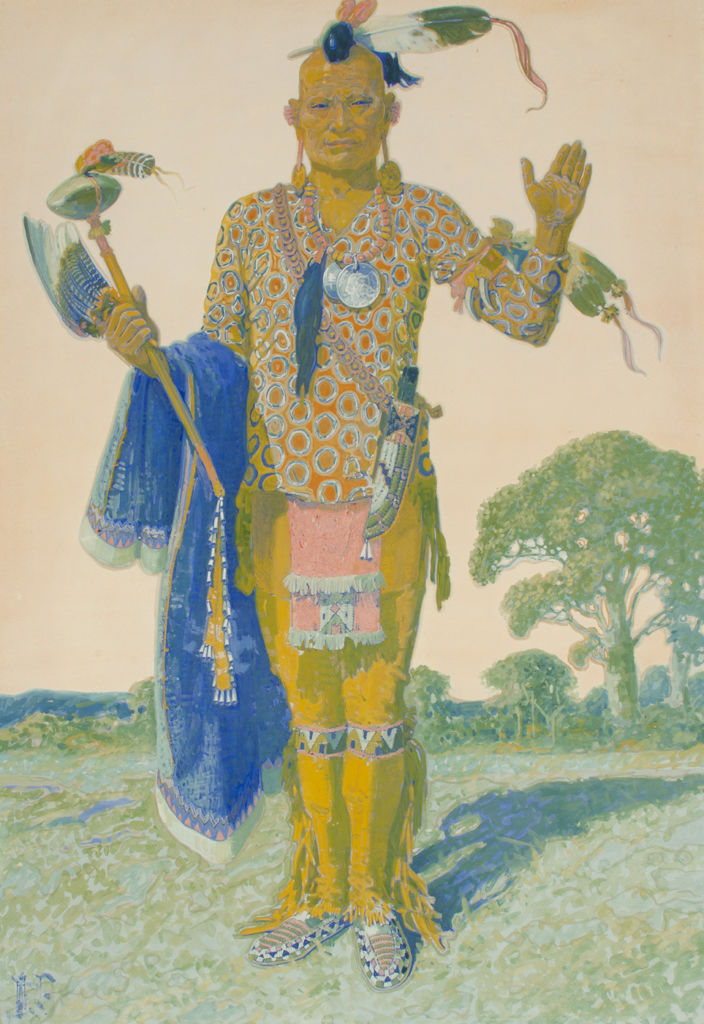 In the November 1, 1925 issue of Sunday Magazine of the St. Louis Post-Dispatch, Herbert Herget stated that a St. Louisan such as himself should be especially interested in painting indigenous American life as it “was from this city through its fur trading interests and its missionaries that the earliest civilizations reached the Indians of the West. If Lewis and Clark had not gone on that expedition which penetrated to the Pacific Coast over a hundred years ago there would have been no Oregon Trail…The Santa Fe Trail 100 years ago was laid out by men from St. Louis and St. Charles by means of a congressional appropriation provided through a Missouri Senator Thomas Hart Benton…The great scouts and hunters, men like Kit Carson and Jim Bridger have left their names inseparably connected with Missouri. Why then would not a Missouri painter be interested in leaving a pictured record of the West and its vanishing race?” This study of an Apache Indian is one of ten works on paper in the Sid Richardson Museum collection.