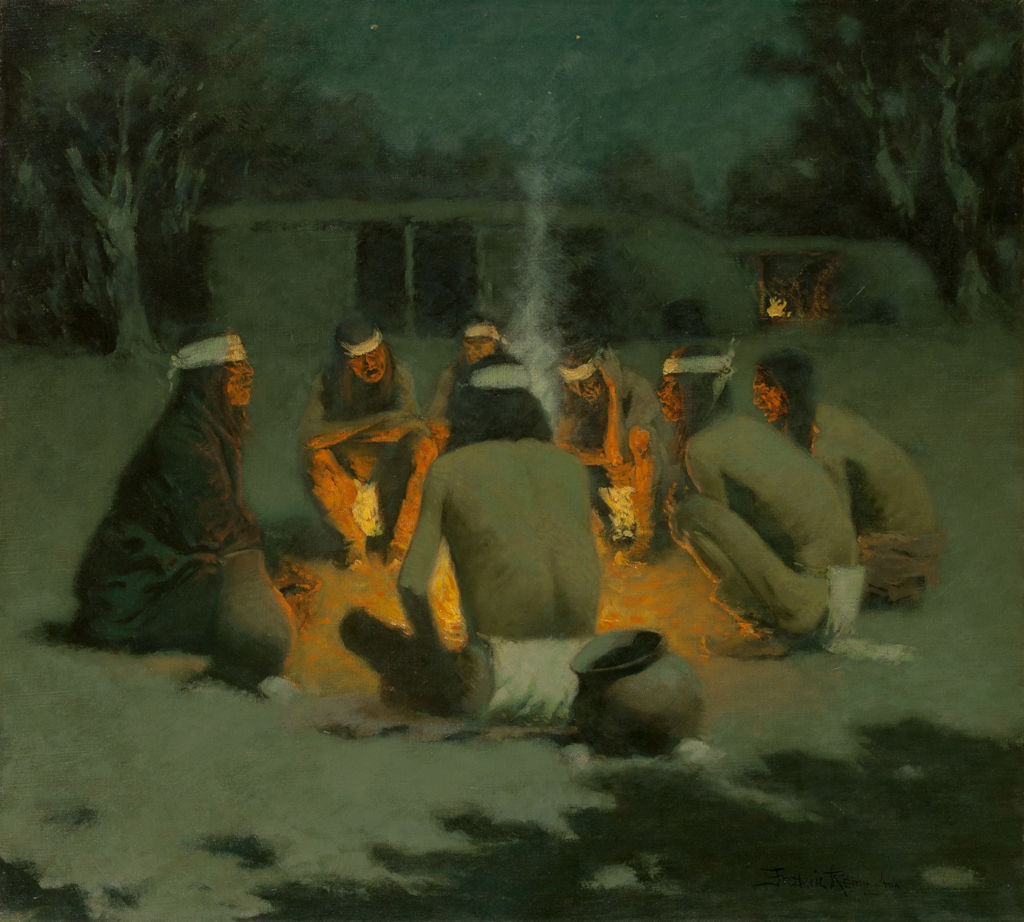 In Apache Medicine Song the campfire’s glow provides orange highlights in a sea of greens and browns, while deep shadows fringe the picture. Although these chanting men may be observing a religious rite, the flickering light playing over their faces distorts their features with a chilling effect. As an illustrator, Remington had always been attracted to campfire scenes, but it was in his late, impressionistic phase that he fully realized the dramatic potential of firelight. This effect was only one of several that Remington perfected in the burst of creative energy that marked the last years of his life.