Among The Led Horses 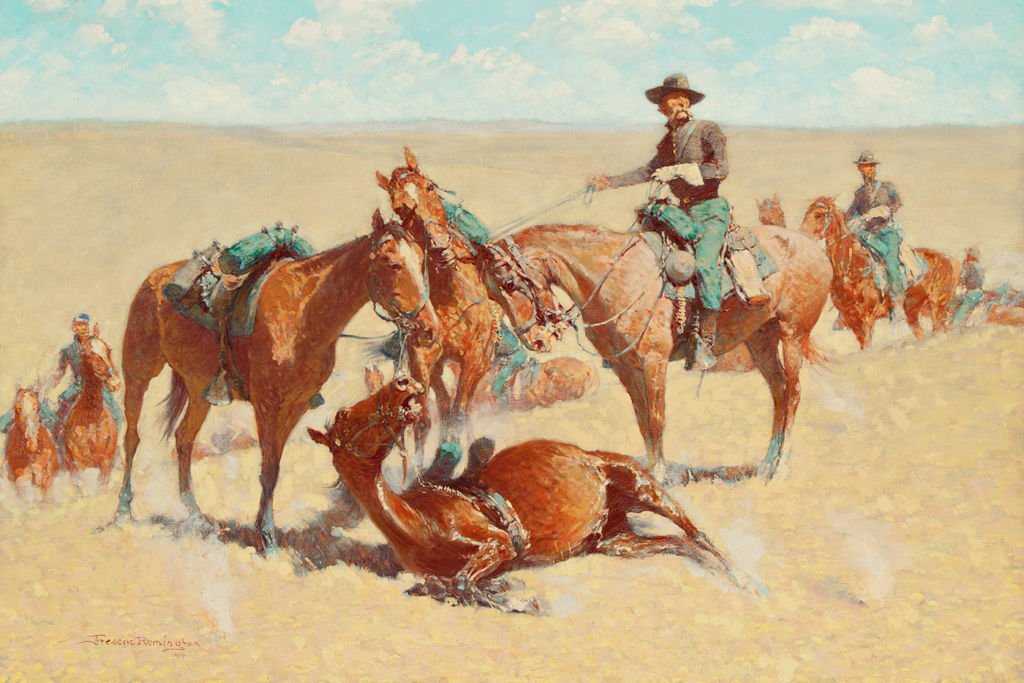 Among The Led Horses

In 1909, at his peak as an artist, Frederic Remington reveled in his powers. “I let no picture get past me now until I cannot see a flaw.” Critics agreed one saying “So full of life they are, so chock full of interest . . . so rippingly painted!” The day scenes filled “with keen dry air and dazzling light” often portrayed violent action. Many of his late works were reaction pieces with the cause of sudden violence hidden, but in Among the Led Horses, the reason for the story’s tension is evident. The trooper has come under fire. Bullets kick up the dirt in the foreground, one of the lead horses is already down. The trooper’s enemy, surely visible in open country, has achieved the element of surprise by catching the soldiers just as they top a rise.