A Taint on the Wind 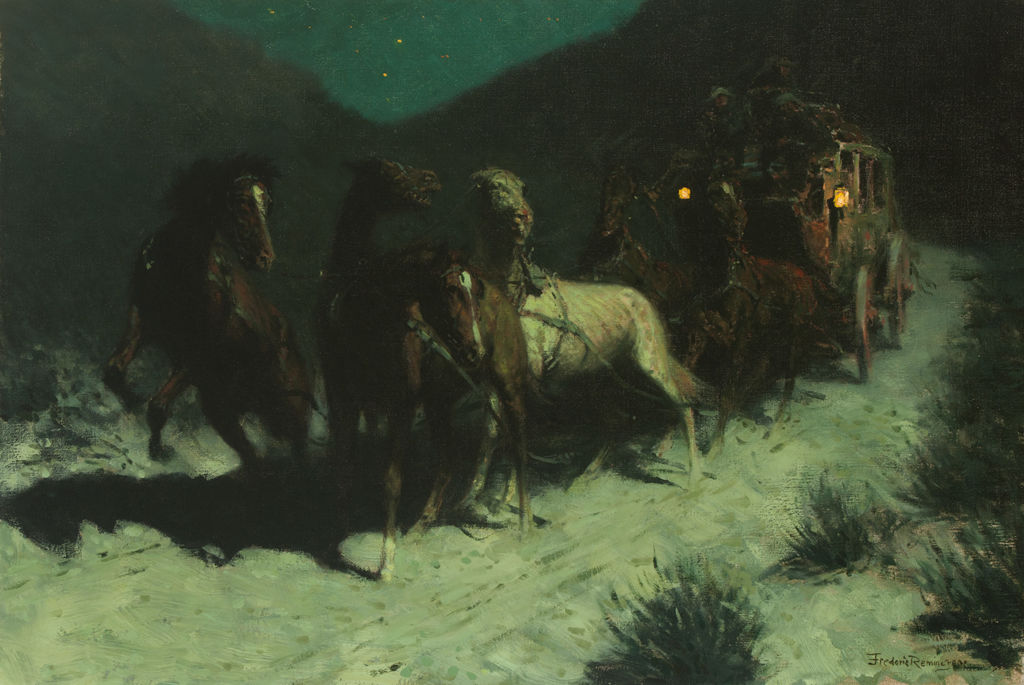 A Taint on the Wind

In the final years of his life, Remington, who had always made pictures that conformed to his personal vision of the West, broke away from the literal and gave his imagination free rein. He particularly loved night scenes. Darkness concealed the mundane, while moonlight and shadow created instant drama. A Taint on the Wind is filled with tension as the spooked horses turn their heads toward some unseen peril lurking in the shadowy sagebrush outside the picture’s borders. As an illustrator, Remington would have spelled out the cause of the horses’ panic, but now as an artist he wanted only to imply the cause. Normally a coach traveling through dangerous country at night would not have its lanterns lit; however, Remington has sacrificed accuracy for artistic considerations by lighting both lanterns to reveal the figures and action, resulting in a carefully integrated work of art.