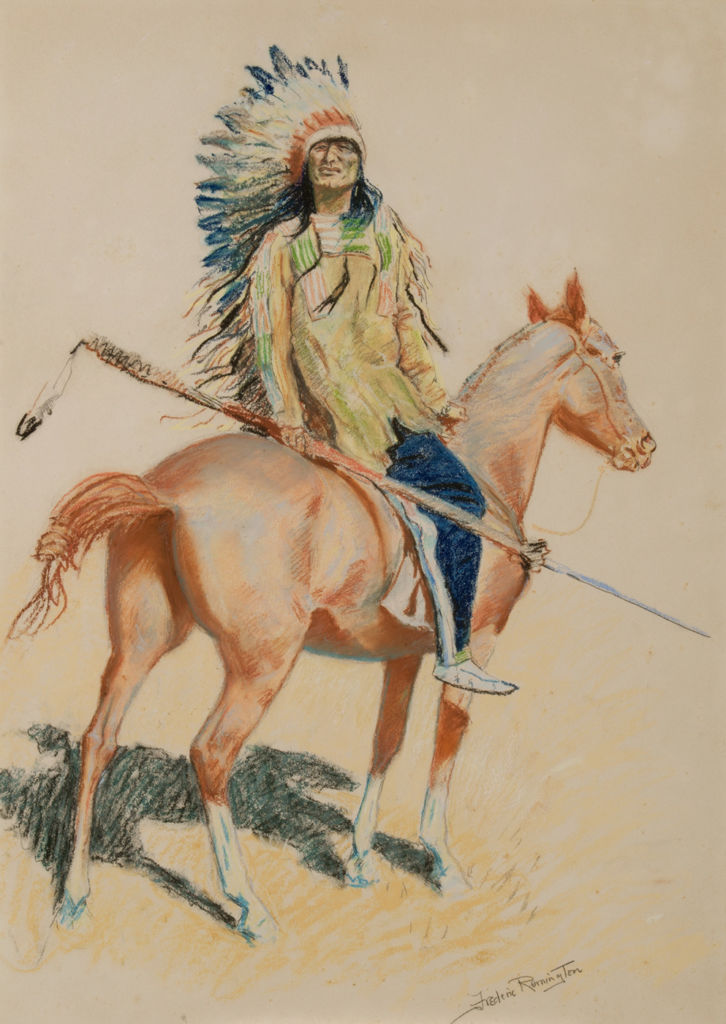 In 1901, a print series, A Bunch of Buckskins, was published by R.H. Russell, in New York. The series included Remington’s portraits of eight Western characters that defined his West including An Army Packer A Cavalry Officer An Arizona Cowboy A Trapper and four Native Americans. A Sioux Chief was Remington’s tribute to the fighting Sioux. Just as he idolized American cavalrymen, Remington respected their Plains Indian adversaries: “They were fighting for their land—they fought to the death—they never gave quarter and they never asked for it. There was a nobility of purpose about their resistance which commends itself now that it is passed.”